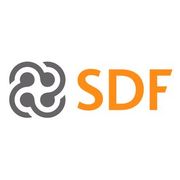 In a year in which the global agricultural machinery market has seen a drop of 10%, SDF managed to increase its revenue and confirm significant levels of profitability in 2015.

The Short-term outlook is based on reflections of market experts within the Directorate General for Agriculture and Rural Development of the European Commission, using the latest data available. It is published three times per year (in late winter, early summer and early autumn).

This publication presents the short term outlook for the arable crops, meat and dairy markets in the EU for 2014-16. The report is based on analysis of market experts within the Directorate General for Agriculture and Rural Development of the European Commission. Information and data available until 15 February 2015 have been used. Next issue will be published in summer 2015.

The 2024 prospects for EU agricultural Markets - Drivers and uncertainties

"The 2024 prospects for EU agricultural Markets - Drivers and uncertainties" - presentation made on 29 January 2015 at the 2014 Ag-Press Annual Networking Event by Tassos Haniotis, Director , DG Agriculture and Rural Development, European Commission.

This conference presented an opportunity for a broad exchange of views on the market outlook, including the uncertainties surrounding market developments in the next ten years.

Challenges and Innovations for the Market: For over a decade, Europe has witnessed a rapid growth in its wood pellet sector which is now well established as a key player in the European energy mix. The EU is the undisputed world leader in pellet production and consumption, and looks set to maintain this position in the coming years. As the development of the sector continues apace, wood pellets are increasingly able to offer an alternative, efficient, reliable and sustainable energy source to the European consumer.

The market situation for Beef,Sheep & Goats, Pig, Eggs and Poultry such as presented on the 23 October 2014.

This report assesses the competitive position of the European Union (EU) agri-food sector in the world market by examining the influence and scope of policies affecting competitiveness. Considering recent Common Agricultural Policy (CAP) changes, the method combines a value-chain approach with trade performance indicators, surveys of stakeholders, case studies and policy assessment. While the EU has recently evolved from being a net importer to a net exporter of agri-food products, the report explores the existing weaknesses in the EU’s competitive position in agri-food international markets, focusing on internal and external policy actions aimed at creating value.