A New JOSKIN Factory in Luxembourg

The JOSKIN Group, whose historical and economic heart is located in Soumagne, 20 km from Liège in Belgium, manufactures agricultural machinery which it regularly distributes in over 60 countries on 5 continents. 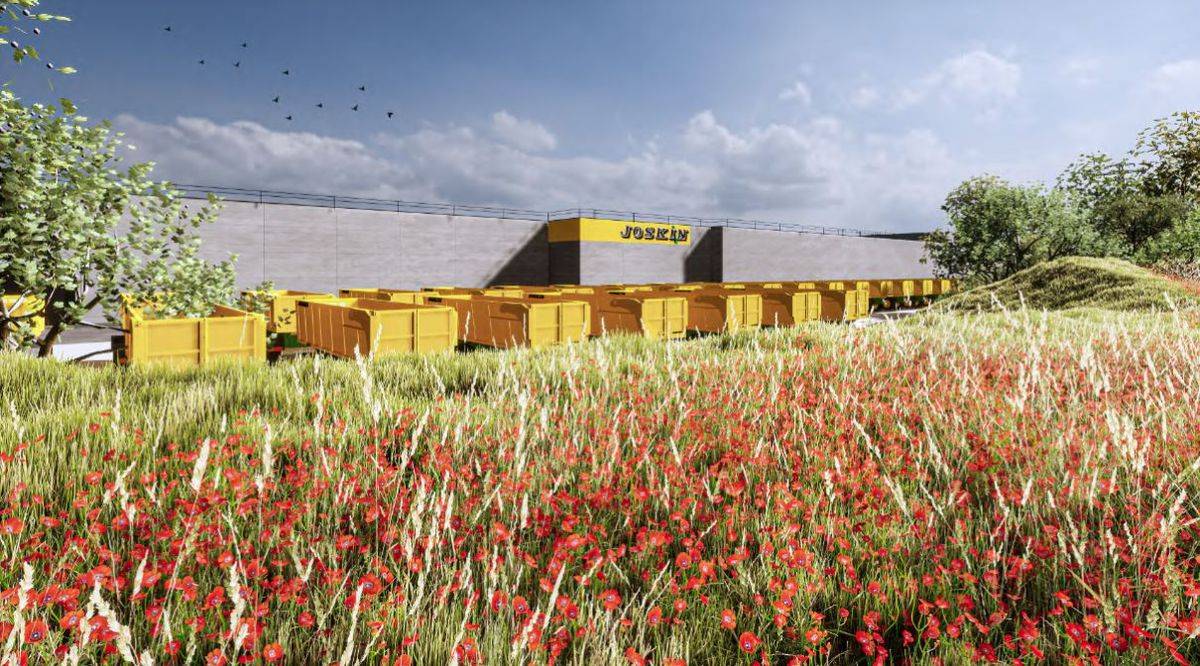 It specialises in all trailers for transporting and spreading farm products, for which it is a world leader. The Group has factories in Belgium, France, Poland, and soon... a brand-new unit of some 15,000 m² on a 6 ha site in Sanem/Esch-sur-Alzette in the Grand Duchy of Luxembourg.

Victor Joskin, CEO and founder of the Group 55 years ago, answers some questions about this investment project.

Why the construction of this new factory? Is the aim to cope with an increase in demand?

JOSKIN's current main challenge is the production capacity: the Group must be able to produce more. The aim is not only to be able to supply more of the existing models, but also to make room for new equipment under development, so that we can serve an ever-increasing number of customers in the about 60 countries we regularly deliver to around the world. This objective requires an increase in production space and a rethinking of the production flow. Our factory project in the south of the Grand Duchy of Luxembourg is the first of a series of similar projects. These should lead the JOSKIN Group to have dedicated manufacturing and/or assembly units capable of maximising the productivity by focusing on models with a standardised structure. 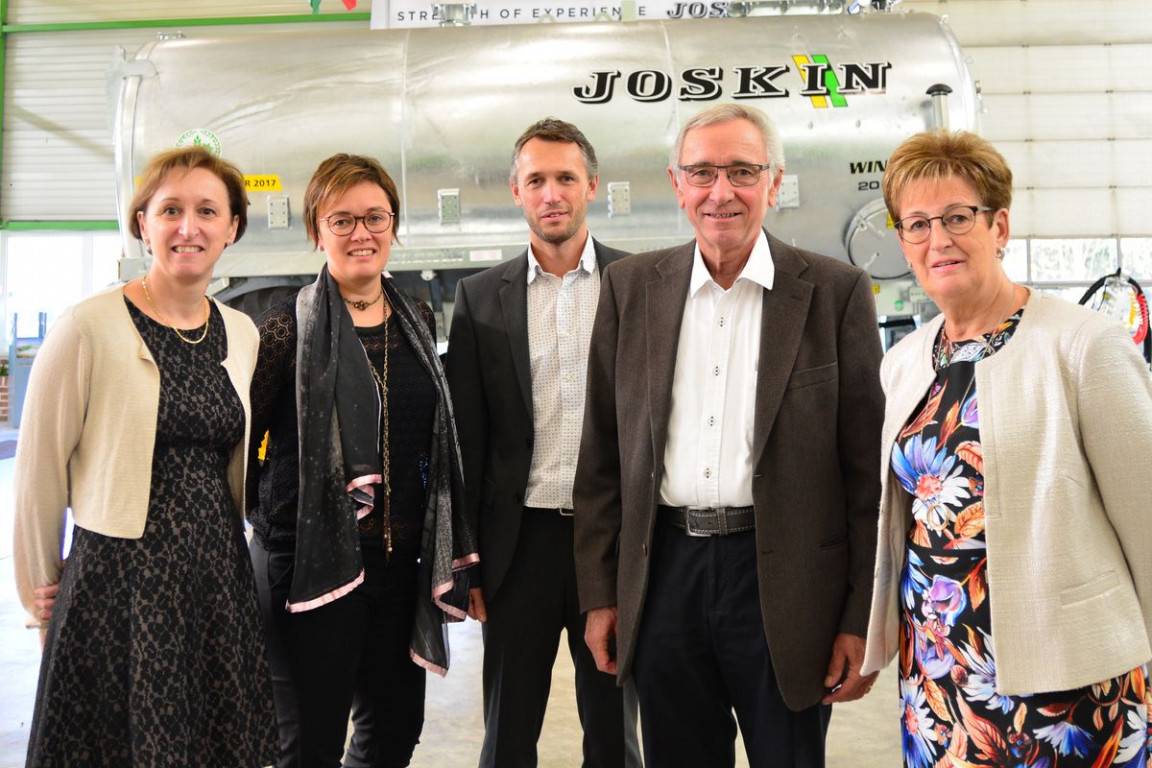 How do you explain the choice of Luxembourg for the development of a new factory?

Let us cut through the idea of tax evasion. The corporate tax rate is somewhat higher in the Grand Duchy and the potential tax immunity in the early years is not within the reach of a project like the one ready to be submitted. For the JOSKIN Group, the most important thing is to produce machines in order to satisfy its ever-growing worldwide customer base.

For such projects, it is necessary to ensure the availability of a sufficiently large plot of land, a suitable nearby environment, a suitable workforce and a favourable welcoming climate, all as close as possible to the company's logistical network, i.e. its transport flows and the markets targeted by the product. After much research, we finally chose the former site of the Twinerg steam and gas power plant, which has been dismantled and cleansed under the control of the Luxembourg state. Located in the former steel region on the borders of the municipalities of Sanem and Esch-sur-Alzette, in the south of the Grand Duchy, this location meets all the criteria necessary for the viability of the project. We have not yet found another one in Europe.

The availability of workforce is also one of the key parameters in the choice of this location. In the ageing steel basin of southern Luxembourg, a technical workforce is very likely to be available. But if it is insufficient, the Grand Duchy of Luxembourg is also an attractive country for foreign workers; the employment statistics bear this out. The rate of the employee's personal charges probably explains this: the net salary in relation to the gross one is very favourable. According to a report by France Inter in March 2019, salaries are on average 46% higher in Luxembourg for the inhabitants of the northern Lorraine basin, which has suffered from the end of the steel industry. It is estimated that more than 100,000 people cross the border every day, despite the difficulties of travel. A job 10 minutes by bus from the station of Esch should therefore attract more than one welder, fitter, painter, etc., whom the steel industry has left by the wayside. And what applies to the inhabitants of Rédange, Longwy or Villerupt in France probably also applies to those of Athus, Aubange or Messancy in Belgium. It is true that the dismantling of the steel industry in this region has already begun a long time ago, but there remains a history, a mentality, an appreciation and a pride in technical work that cannot necessarily be found elsewhere.

Were there no possibilities for expansion in Soumagne?

Our current 5 sites in Belgium, Poland and France are not suitable, mainly due to a lack of space. The situation is particularly critical in Soumagne, Belgium, where all the tracks investigated systematically had to be abandoned. In addition, we have had a chronic shortage of technical workers for the past 20 to 25 years, and remedial action has been slow in coming. Attracting and hiring foreign staff is an exhausting process with highly improbable outcomes and unhappy aftermaths: once the person is found and trained, he or she is poached for a few cents.

What will the Luxembourg factory produce and what will its capacity be?

The project is specifically designed for the assembly of large agricultural trailers with a monocoque body, i.e. welded in one piece. We will start with tipping trailers and will rapidly launch muck spreaders as well. One or the other complementary product could be added depending on the productivity rate achieved. Eventually the plant is calibrated to reach a potential of 5 trailers per day, but the business plan is based on an average of somewhat more than 4 units per day. This may not seem like much to an uninformed public, but it should be noted that for some competitors, this corresponds to a monthly or even annual production figure! By 2027, if the project takes off quickly, some 2,500 JOSKIN trailers made in the Grand Duchy of Luxembourg should already be travelling the world's countryside!

In the current economic climate, does the financial investment in this project still correspond to what was originally estimated? Did you anticipate potential increases?

The initial infrastructure was valued at some 14.5 million euros three years ago, but we recently quoted in a Luxembourg magazine a rough figure of 20 million euros for the whole project. In the meantime, there has been an inflationary pressure, which is rather impressive in the construction industry. On the other hand, the plan also had to evolve, not only in terms of safety studies and equipment, but also in terms of automation. Finally, the overall figure does not only include the main walls and facilities. It also includes the upstream costs of studying and transforming the flows to adapt to the new dedicated and standardised manufacturing approach. The overall cost of this production unit is therefore difficult to predict in these turbulent times, but it is important to emphasise that it is an investment, not a burden. This project is crucial for the future of JOSKIN, i.e. for every member of the Group's staff at our 5 current production sites and every JOSKIN dealer in the 60 countries around the world which we regularly deliver to. In other words, this degree of uncertainty does not hinder our will to move forward. 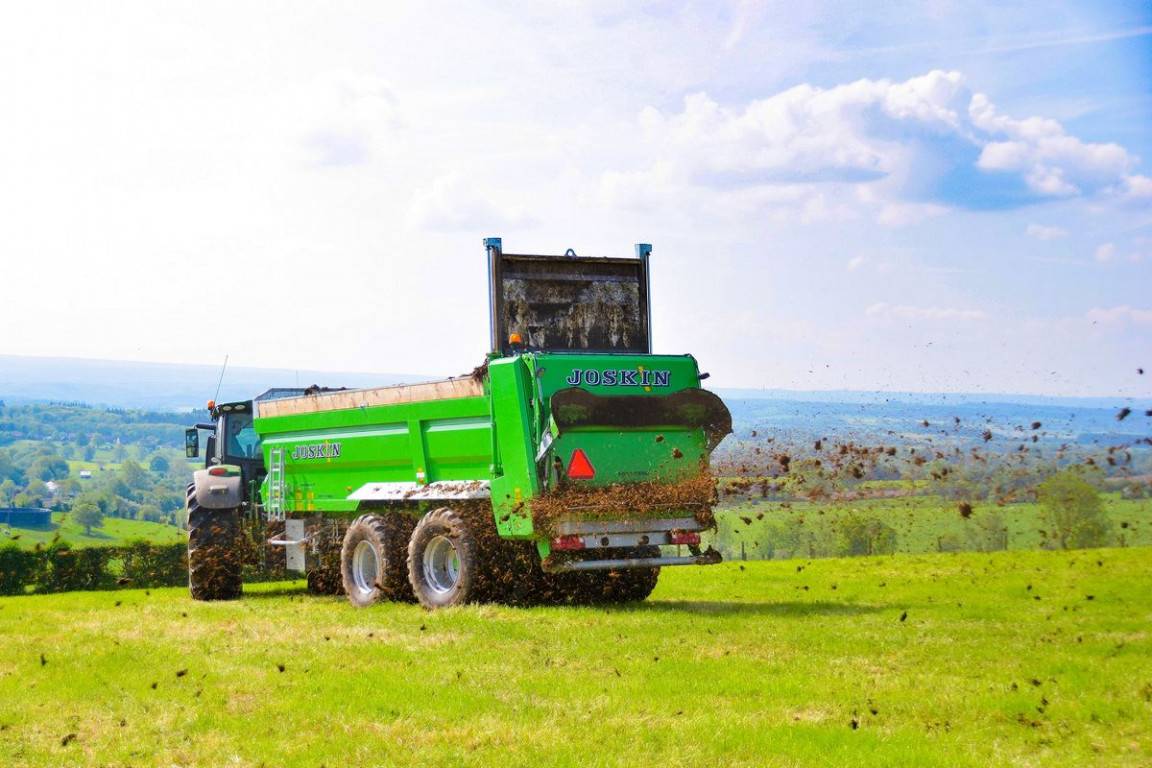 What is the timing for the start-up of this new factory?

The submission of the building and environmental permit applications has been delayed, in particular due to various specific preliminary studies. JOSKIN now hopes to be able to count on a speedy response from the local authorities, and thus to break ground in January 2023. As the project has already been delayed by the health crisis, JOSKIN is counting on the fact that the studies conducted in the preliminary phase will speed up the issuing of the permits. Especially since the main equipment of the factory, namely the elements of the surface treatment line, have already been ordered for some time. Postponements of installation are likely to cost a substantial compensation for delay. However, it is necessary to wait for the permits to order the building and finalise the purchase of the land. A call goes therefore out to the administrations!

JOSKIN then expects the construction to be completed quickly, so that the factory can start operating in the fourth quarter of 2023, ideally in October. At cruising speed, i.e. after several exercises, the workforce could reach around 100 people (mainly fitters and welders) depending on the level of automation that is implemented. JOSKIN is indeed planning a just-in-time assembly organisation using a multi-station assembly circuit based on trolleys remotely controlled by Wifi or Bluetooth. The ramp-up will therefore be gradual. 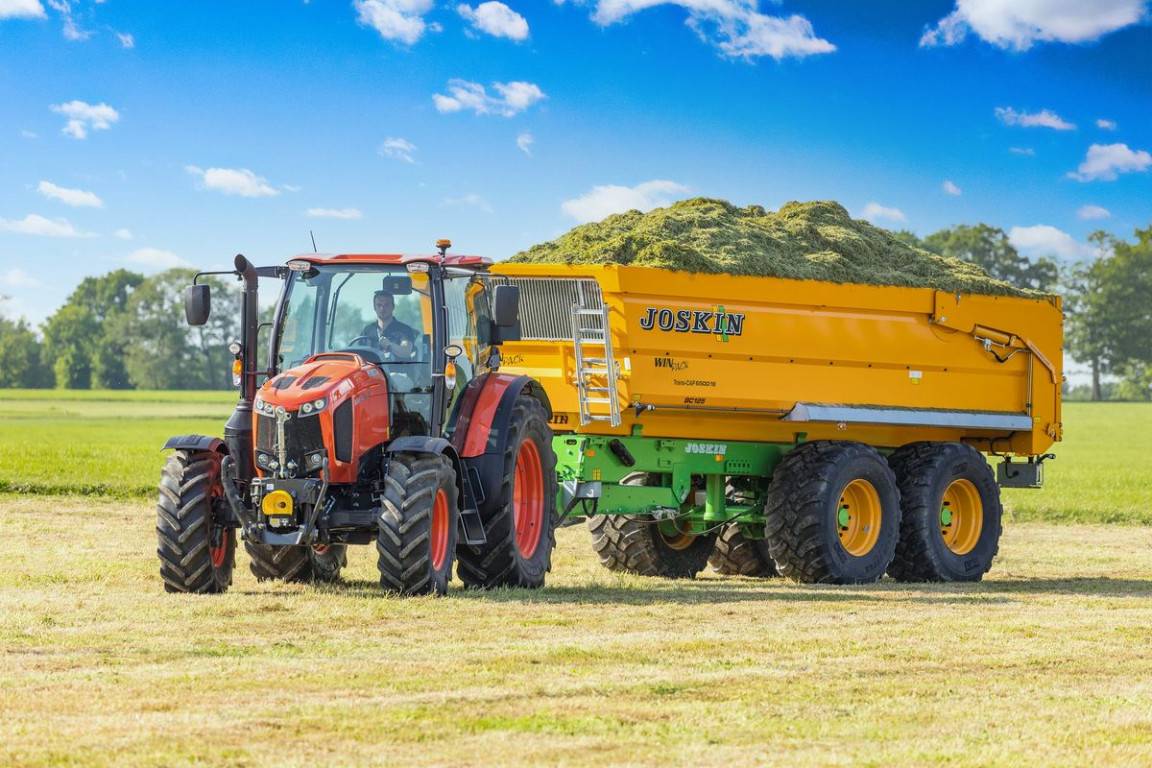 Does this new factory affect the activities of some or all of the other sites, including Soumagne?

We do not yet know exactly how far this new approach will take us, but our personal experience over the past 25 years shows that expansion to new sites and increased automation have never meant a reduction in activity at any site, let alone a reduction in staff members. The current assembly units are already running at full capacity and could not take on any additional production. However, we can increase the production of series of subassemblies and accessories in the welding units. The aim is to increase productivity, which is synonymous with a lower cost price, hence an improved competitiveness.

What impact will this new factory have on the workforce of the JOSKIN Group?

The current average workforce of the JOSKIN Group amounts to 880 employees, of which 415 are employed in Belgium, mainly in Soumagne, but also in Andrimont. The development of the employment will depend on the opportunities for expansion offered to JOSKIN and the solutions implemented by the socio-political environment to face the challenge of the technical workforce. JOSKIN expects to have a global staff of 1,100 to 1,200 people within 5 years, including about 100 for the Luxembourg project, as already mentioned.