VDMA Agricultural Machinery Association: Russian market has not reached its potential yet

Increasing prices for major agricultural commodities, particularly for grain, and rising agricultural exports fuelled by depreciated national currency create favourable conditions in Russian agriculture. At the same time, the Russian ag machinery market has been subjected to the pressure of lower demand, as well as macroeconomic and regulatory risks. “We come to AGROSALON in 2018 with cautious optimism and commitment to Russian farmers,” says VDMA President Christian Dreyer. 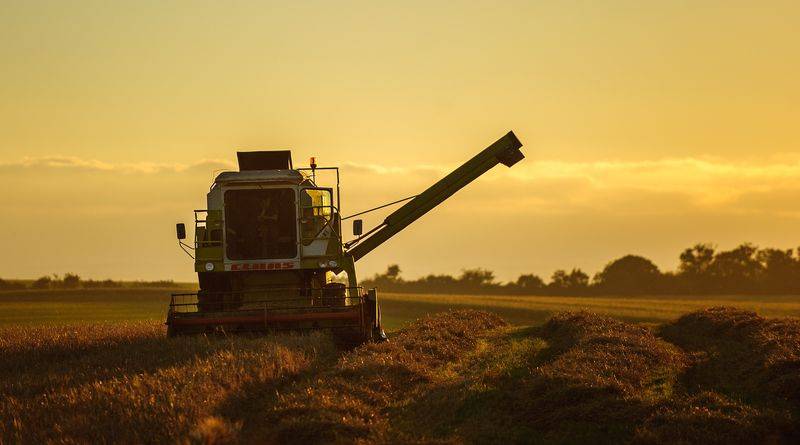 Market correction with perspectives of recovery

In the first half of 2018, the European and Russian brands recorded a decline of between 10 and 25 percent, depending on the segment. However, there has been a shift to higher investments in Western technology. VDMA anticipates the demand to recover in the medium term and believes that medium-sized farms and smaller ag holdings will join the trend.

“We consider the moderate market decline in 2018 as a normal cyclical adjustment after the strong growth during the previous years and we observe no fundamental reason for further deterioration. We expect some recovery of the market in 2019 in major segments subject to stable exchange rate and predictable regulatory policies”, says Mikhail Mizin, VDMA representative in Russia.

In the context of falling markets, Russian farmers remain strongly committed to powerful and reliable agricultural machines and equipment from Western brands. The ongoing trend towards professionalization in the world of agriculture leaves no other option: they vitally need to have an open-ended choice of the most innovative and advanced machines and technologies in order to keep high profit margins and stay competitive on the global stage.

Considering dependence of farmers on machines having no analogues in Russia, the task of keeping them affordable requires a special set of support tools from direct subsidies to inclusion into support programs or subsidized leasing mechanisms.

The industry is concerned about continued protectionism in Russia, which uses both open and hidden instruments to restrict competition and discriminate against foreign brands. The regulatory framework is being permanently revised to create more and more prohibitive rules of localization and toughen the eligibility criteria for state support.

The most recent and spectacular case is the planned update of the Decree 719 “On confirming localization of industrial production in Russia” which is under review in the Russian Government. The Draft Project assumes an extremely strong toughening of the localization rules for tractors which would make any localization effort almost unfeasible.

“There is still a huge replacement need for medium and powerful tractors in Russian agriculture”, explains Christian Dreyer. “According to estimations of the Russian Ministry of Agriculture, the annual need for new tractors is 56,000 units, and we need to think how to unite efforts in order to satisfy this demand as today the market is really far from these figures. If the current version of the Draft Project is adopted, this will be a step in the opposite direction: market of tractors will be distorted in favor of some selected firms to the prejudice of farmers and other stakeholders”, concludes Mr. Dreyer.

Considering the above, as well as strong commitment of VDMA member companies to the Russian market and their intentions to create local enterprises, VDMA makes an appeal to stop the misguided practice of discrimination in relation to foreign manufacturers and set the conditions for sustainable long-term cooperation, i.e. develop mechanisms of investment support, fair treatment and protection of flawed regulatory initiatives. This will help Russian economy to attract foreign direct investments in creation of local enterprises, promote transfer of technologies and equip farmers with the state-of-the-art machines and equipment.

In addition to the above, the localization is restrained by some objective obstacles such as insufficient component base, reduced set of financial instruments and bureaucratic roadblocks.  “When it comes to the component base, this can be a real hurdle”, says Mikhail Mizin. “Western brands have high quality standards and care about their reputation, and local suppliers are obliged to comply. Our companies' experience to date shows that only 4 percent of potential suppliers want to maintain or adapt their production processes in order to achieve compliance. This is a tedious job, but the world brands are ready to make sustained efforts to overcome these obstacles and develop the local supplier base to set up highly-localized enterprises in Russia provided there are feasible localization criteria and sustainable rules of game,” concludes Mizin.