Pivot plant of the Bauer Group put into operation in the presence of the minister of agriculture in Primavera/Tierra del Fuego.

The Bauer Group from Austria set up in Tierra del Fuego, Chile the „world’s southernmost irrigation plant“ which shall irrigate from now on pastures and shall improve the quality of feed for the sheep. The irrigation specialists from Voitsberg, Styria secure thus employment and livelihood of the population in the inhospitable region of Primavera. The centre pivot from Bauer serves to irrigate a surface of 50 hectares for the time being and meets highest European quality standards. It has been designed to withstand strong wind and cold weather. The putting into operation was attended amongst others by the Chilean minister of agriculture, Carlos Furche and by the executive secretary of the national Commission on Irrigation, María Loreto Mery. Optimal irrigation knows no barriers. – This is taken literally by the Austrian Bauer Group with headquarters in Voitsberg which will ensure from now on optimal irrigation by means of a pivot system in the faraway Chilean municipality of Primavera in Tierra del Fuego. The plant has been set up on the Chanarcillo farm in Primavera, eight kilometres from Cerro Sombrero. In addition to the Chilean minister of agriculture, Carlos Furche and the executive secretary of the national Commission on Irrigation, the official ceremony of putting into operation was also attended by the Bauer representative in Chile, Felipe Donoso and by the commercial attaché of the Austrian embassy, Wolfgang Köstinger.

This centre pivot meets highest European quality standards, with a length of 400 m it has got seven drive towers and irrigates 50 ha. Operation needs 42 litres per second, a complete irrigation turn at a minimum precipitation level of 5 mm takes 16 hours. The required drive power amounts to 40 HP for the pump and additional 5.25 HP for the seven drive towers of the pivot.

The irrigation plant is in constant and continuous operation, withstanding both „regular“ wind speeds of 50 to 60 km/h and peak speeds of up to 184 km/h.

Supply from the surroundings

The pivot is supplied with water form the Said river which comes to the land through a 7 km long channel built by the farm owner.

The Irrigation and Slurry division of Cooprinsem, the exclusive representation of Bauer in Chile, was in charge of project planning and implementation. „The particular ecologic conditions, above all the strong and changeable wind of Tierra del Fuego imposed high demands on technology. Oscar Arriagada, technical manager of Cooprinsem, has solved all technical problems successfully,” reports Heimo Wiesinger, sales manager of the Bauer Group with satisfaction.

Farm sector will be growing

The project of irrigating pastures and grassland has got enormous potential for agriculture. The pivot of the Bauer Group allows yet today to provide for plenty of feed of highest quality for the large number of sheep which in turn secures employment and livelihood of the population. This ground-breaking irrigation plant opens up enormous prospects for growth of farming. 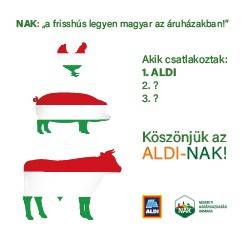